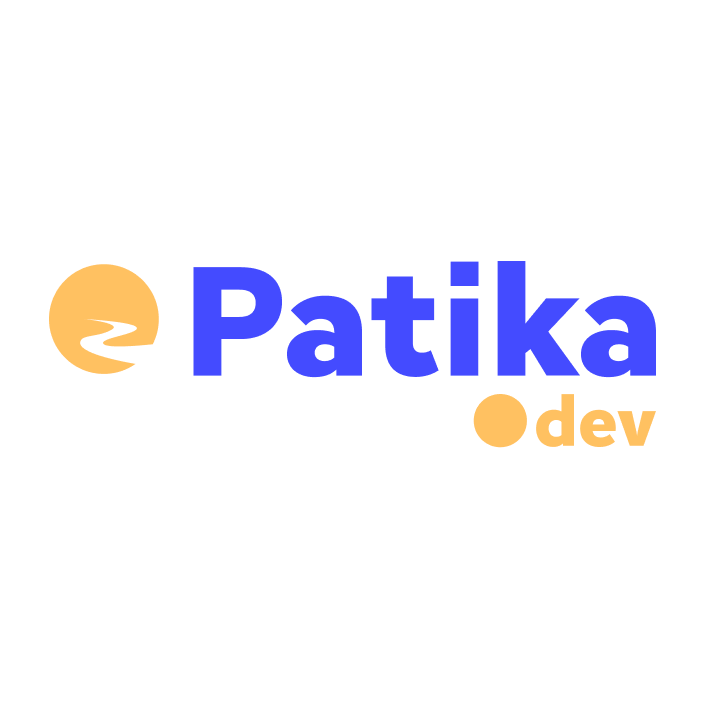 From International Relations to Android Development

From International Relations Department to becoming an Android Developer: If you are curious about this wonderful story of Akın Keskinbaş, keep reading: 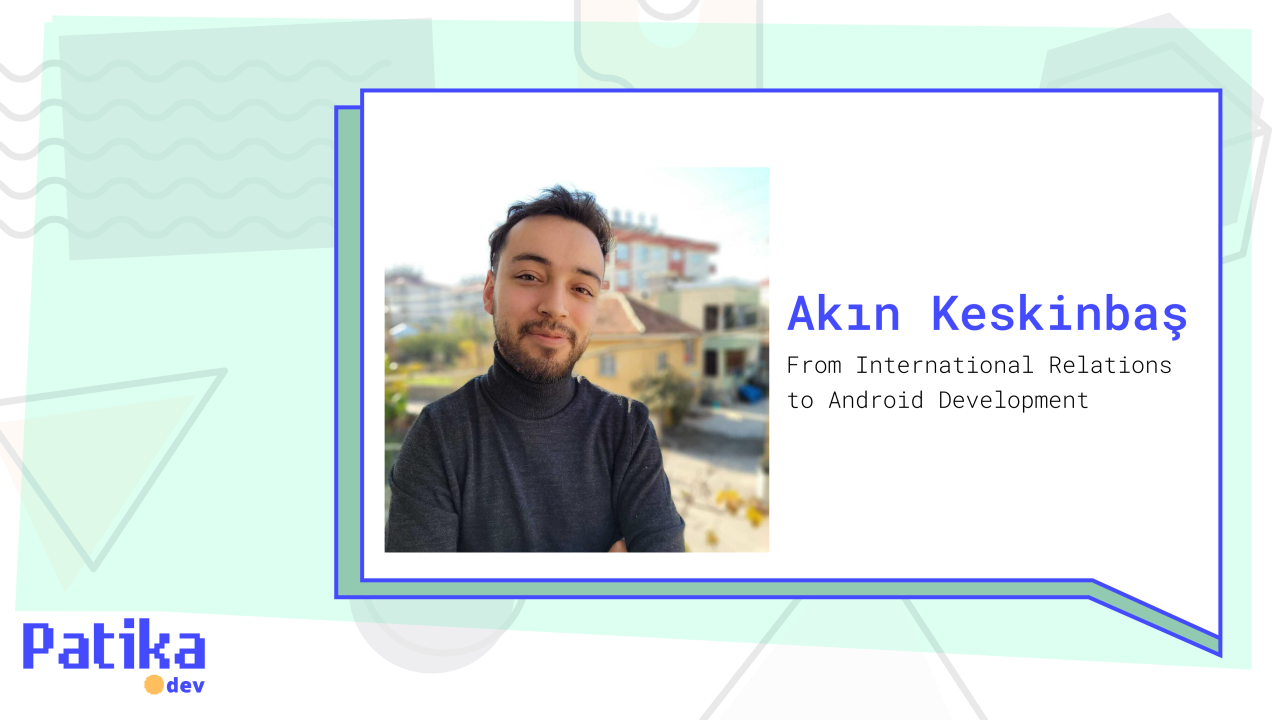 Software development is a hot area with many job opportunities. But we observed that many people are hesitant to take their first step into the field thinking that lack of a CS degree may prevent them from having a successful career. We don’t agree. Actually, we see new examples of people from untraditional backgrounds breaking into the field every day. The story of Akin Keskinbas is a great example: He is now working as an Android Developer at one of the largest e-commerce companies, and his background is International Relations. If you are curious about this wonderful story of Akın, keep reading:

How did you meet the software development field?

I was into games as a kid and always wondered how online games were created. My curiosity turned into asking ‘How can I develop my own game?’ in time and triggered me to look for the answers.

While watching the tutorials explaining how these games are made, I realized that I was interested in this field and that I could work with pleasure if I switched to this field. If you love doing something, I think you can do it really well after a while. This awareness ignited a new career choice for me.

How did you take the first step into being a developer?

Even though I had an interest in software development, I unfortunately had to choose the Department of International Relations as I studied at a non-technical high school. When I took my first exam at university, I realized that I didn’t belong to that department and began to look for alternative careers.

Coming from a non-technical background wouldn’t stop me. During Covid, I started self-learning on the web. Watching videos wasn’t enough to enhance developer skills without practicing. Working on small and large projects, and starting to create a Github repo kept me moving forward.

I aimed to release an application to Google Play and found an app idea. During the learning period, I applied every new learning to this application.

As my app was becoming more solid, the idea of seeing it live on Google Play motivated me even more. I released it within a month. I was very surprised by the interest of people even though there was no advertisement after going live! It has reached 350,000 users in a short period of time and entered the top 100 list in the entertainment category in Turkey! Currently, 500,000 users are actively using the application :)

What kind of application did you develop?

I developed a Netflix-like app about animes. You can learn new information about animes, watch them or mark them as your favorites, and be notified when new information comes. There is also a chat section where you can talk to your friends online and make comments about your favorite topics. Since there is no other application in this specific field, I have met a need. So, it was in great demand.

How did you learn about Patika?

After my app became successful, I made up my mind to work as a software developer and applied to Patika’s Android Development Cohort that Hepsiburada sponsored. During the cohort, I didn’t only learn coding but also made new friends to share technical ideas and improved myself quickly.

During this cohort, I continued to add new functions to my application. At the end of the cohort, I was immediately hired by Hepsiburada as an Android Developer. Thanks to Hepsiburada and Patika, one of my dreams has come true.

It is not investment advice, but I won by changing my career. :)

More stories from our graduates 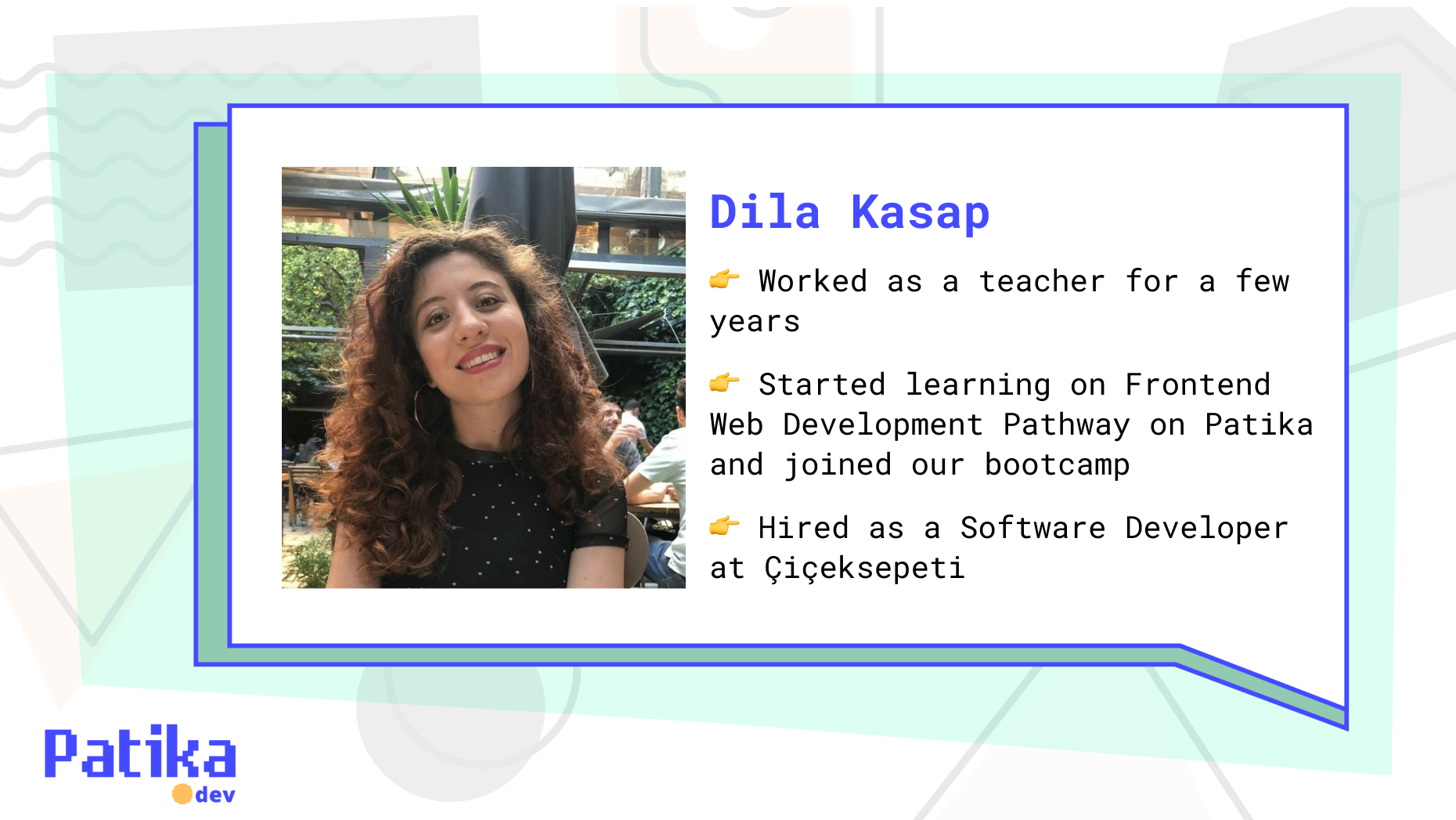 Primary School Teacher to a Front-End Developer in 4 Months 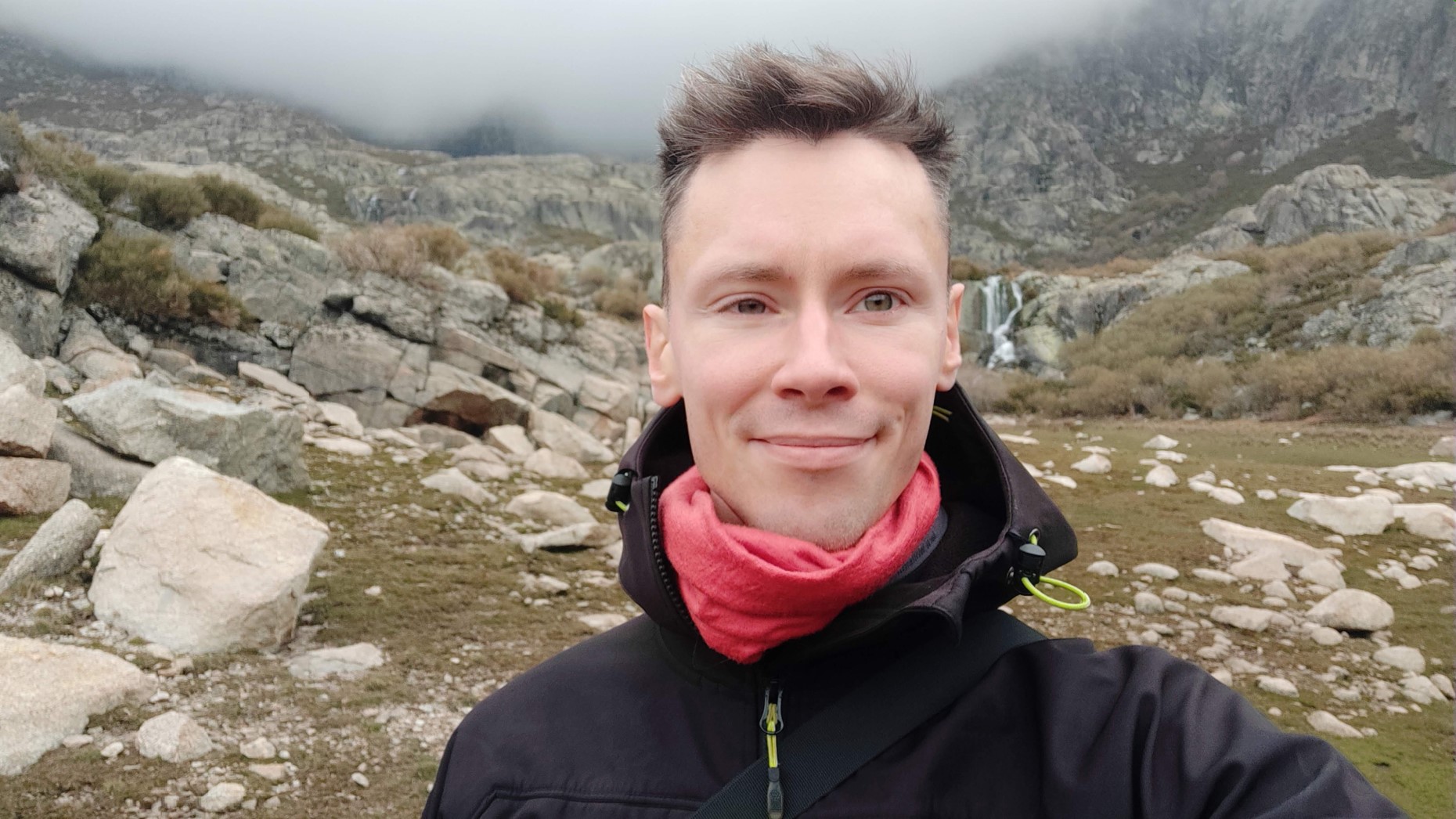 Sergii from Ukraine became the first developer completing our NEAR bootcamp! 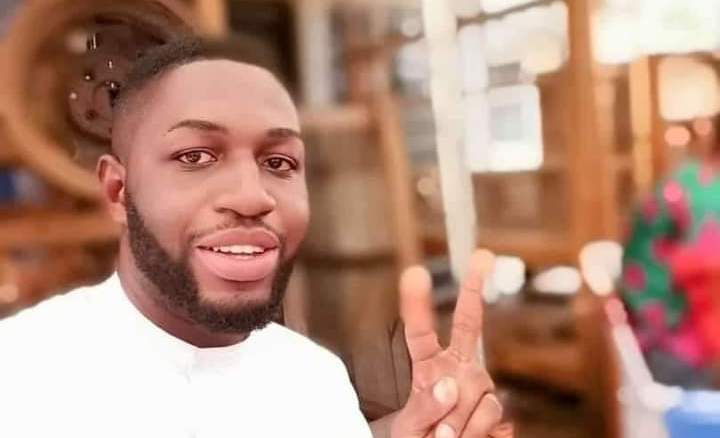 Israel from Nigeria became the first person in our cohort to submit the ZKU.ONE assignment! 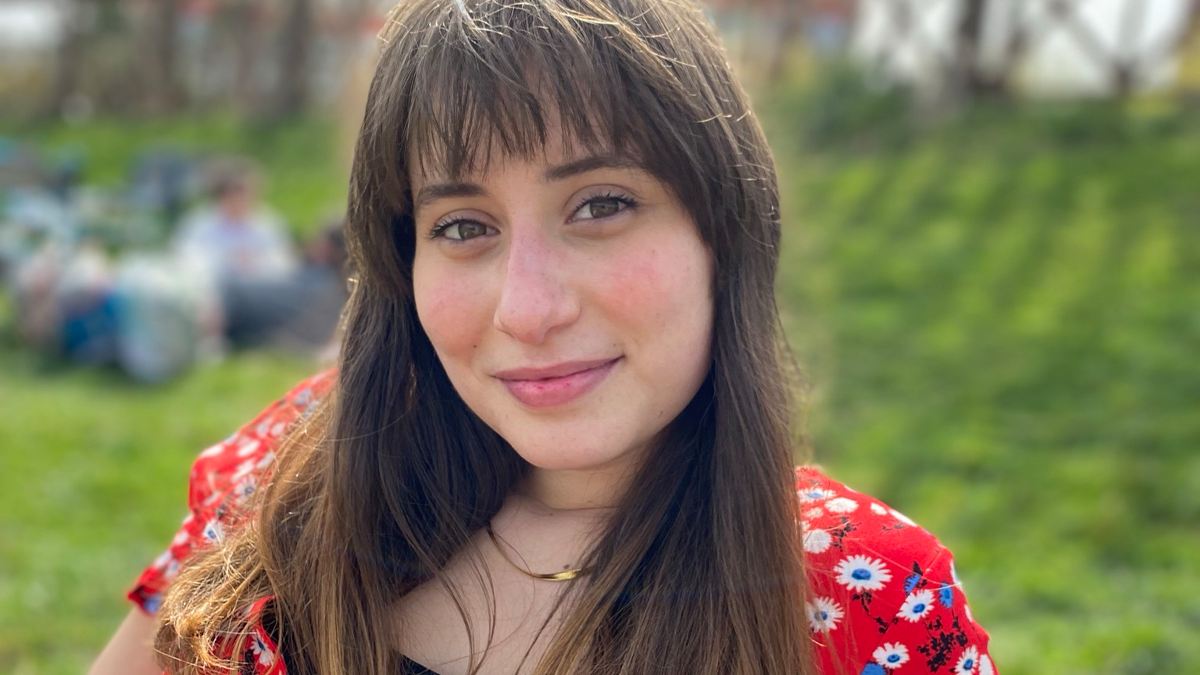 How you can get into web3 as a developer: Bilge Kesen’s story 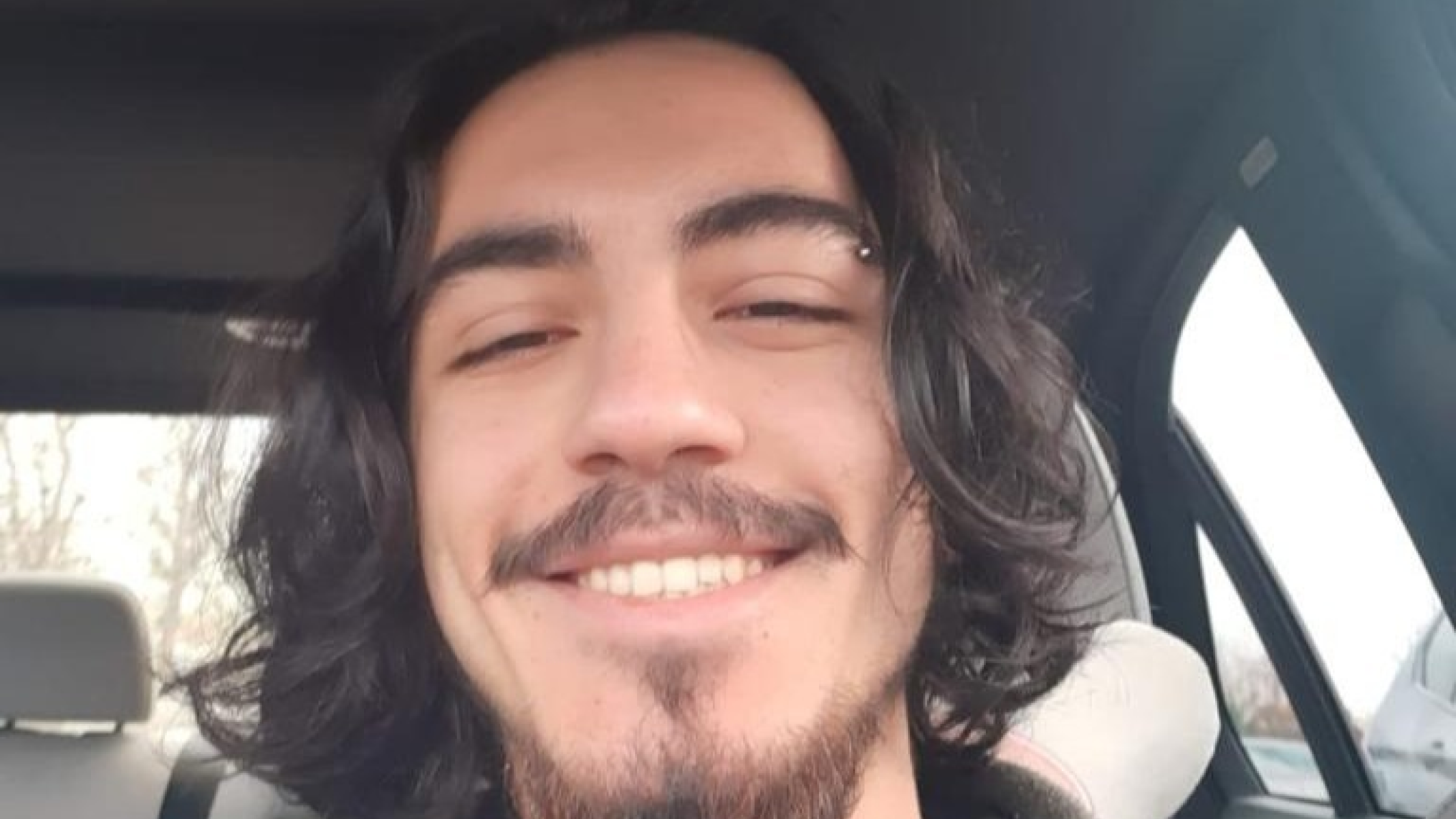 Blockchain Development from Scratch in 3 Days 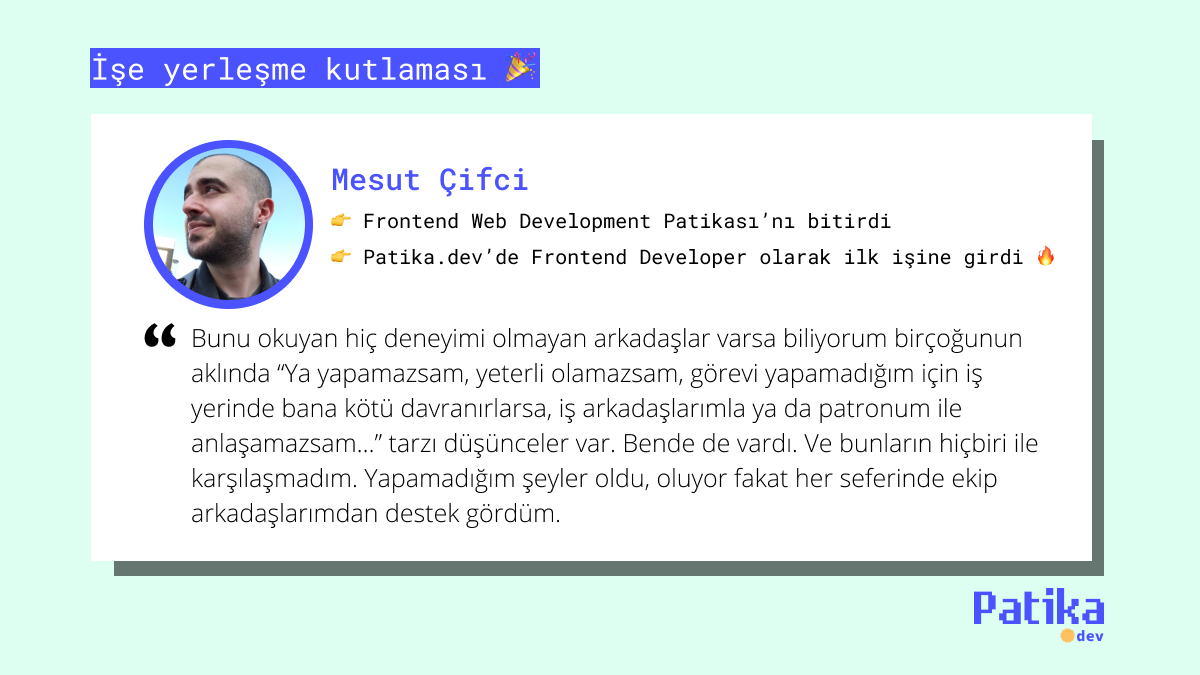 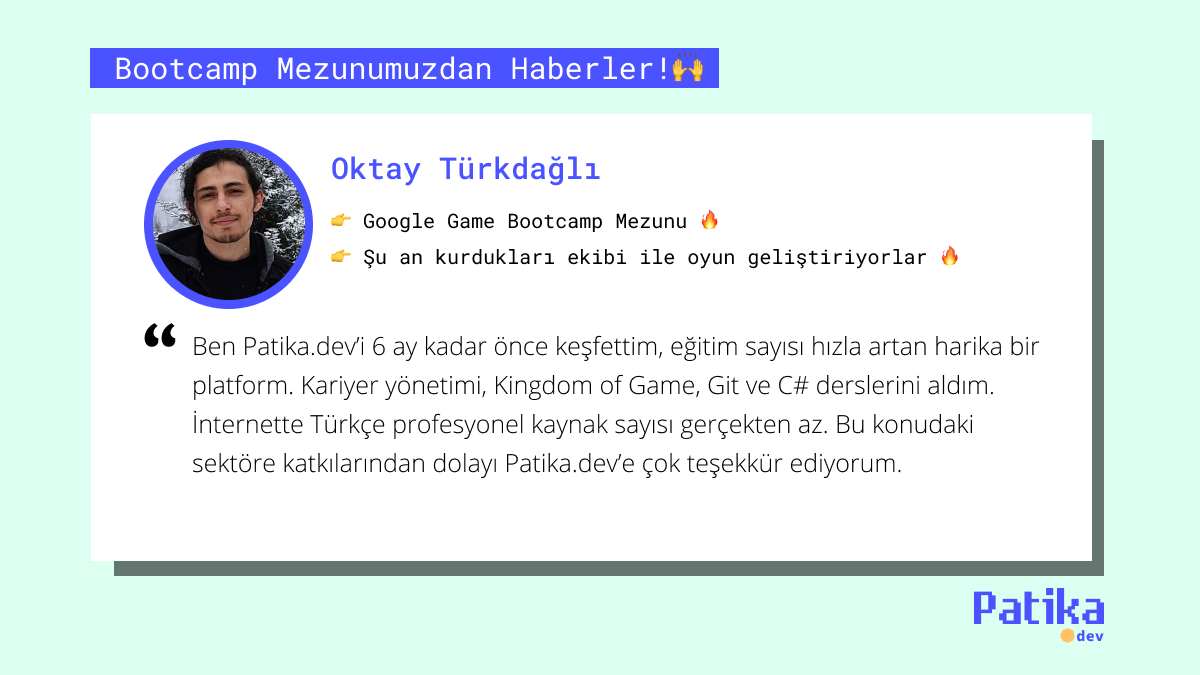 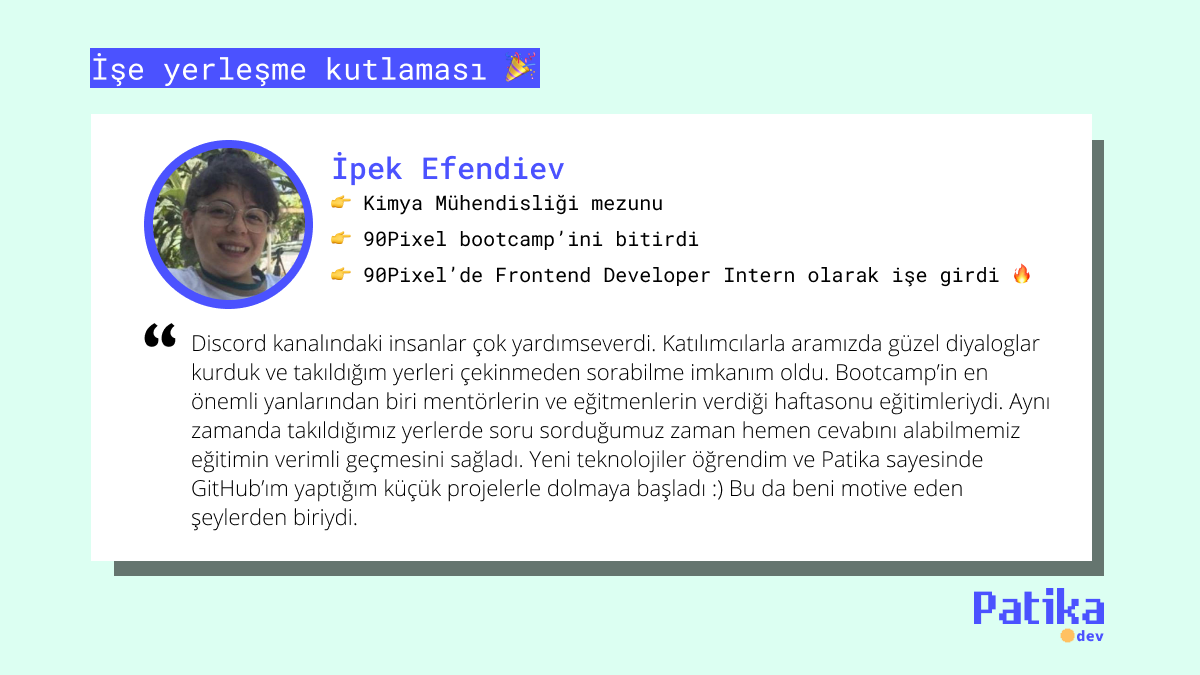 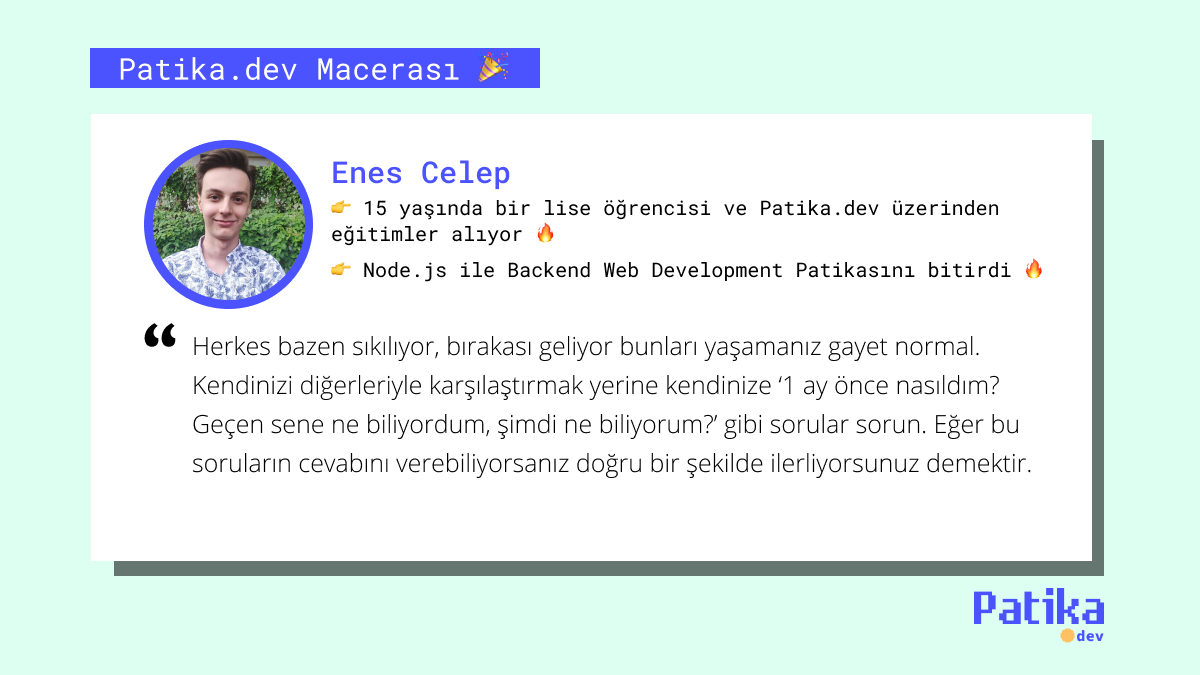 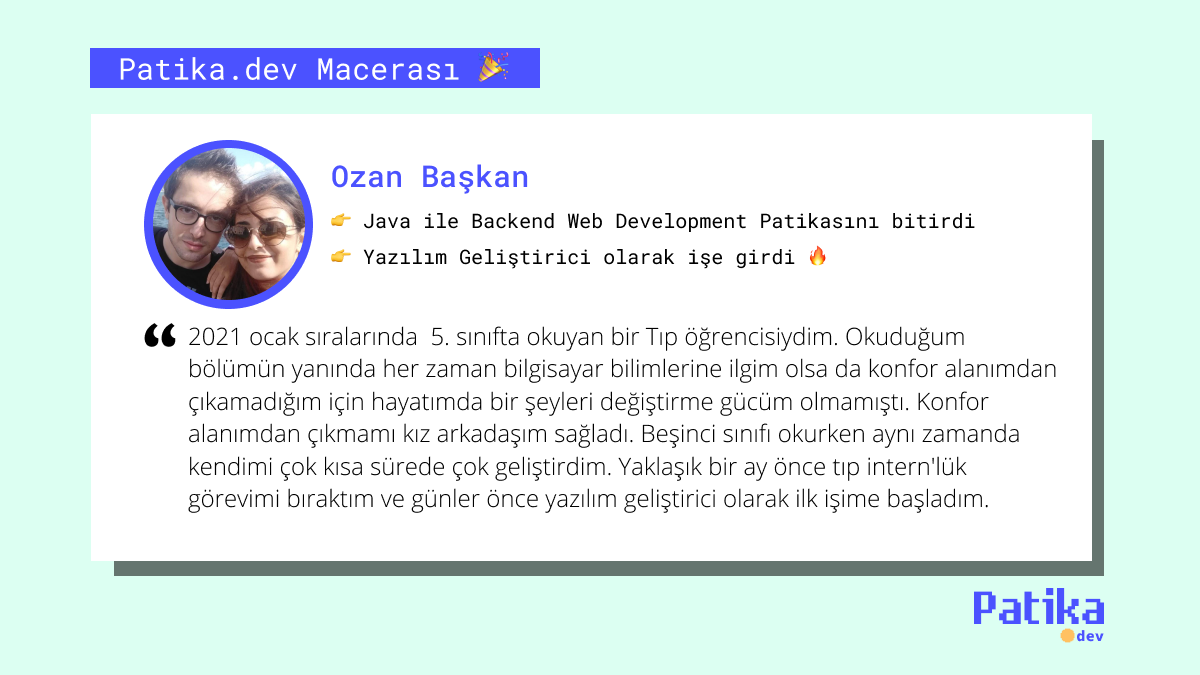 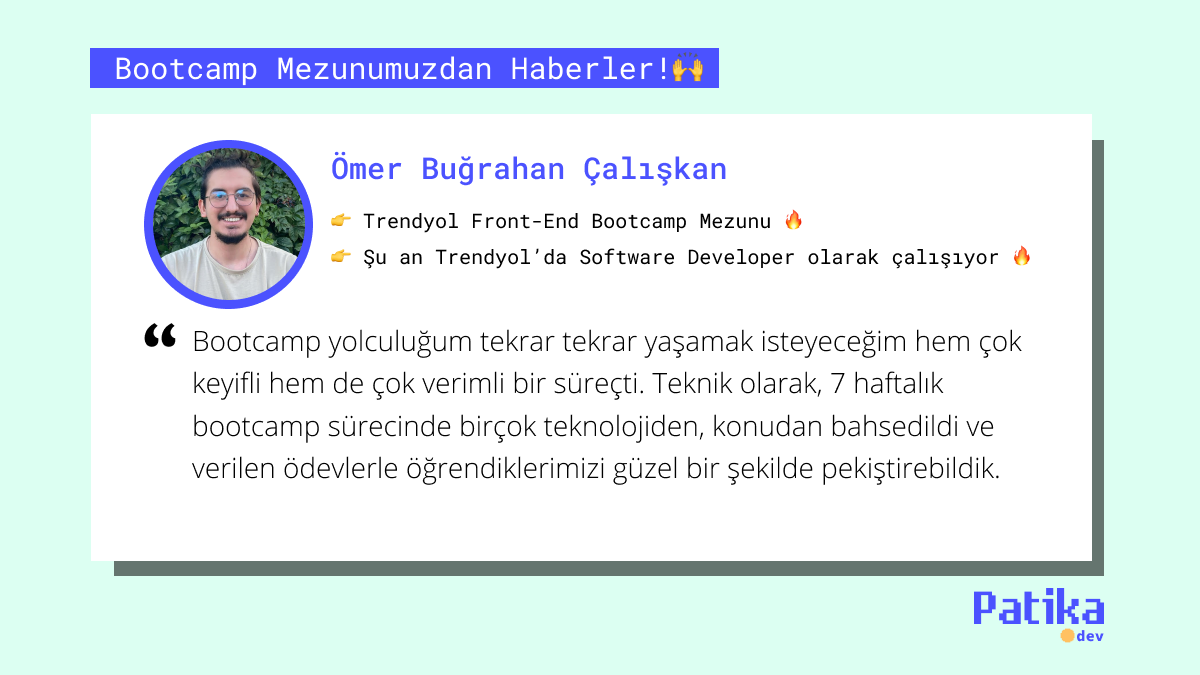 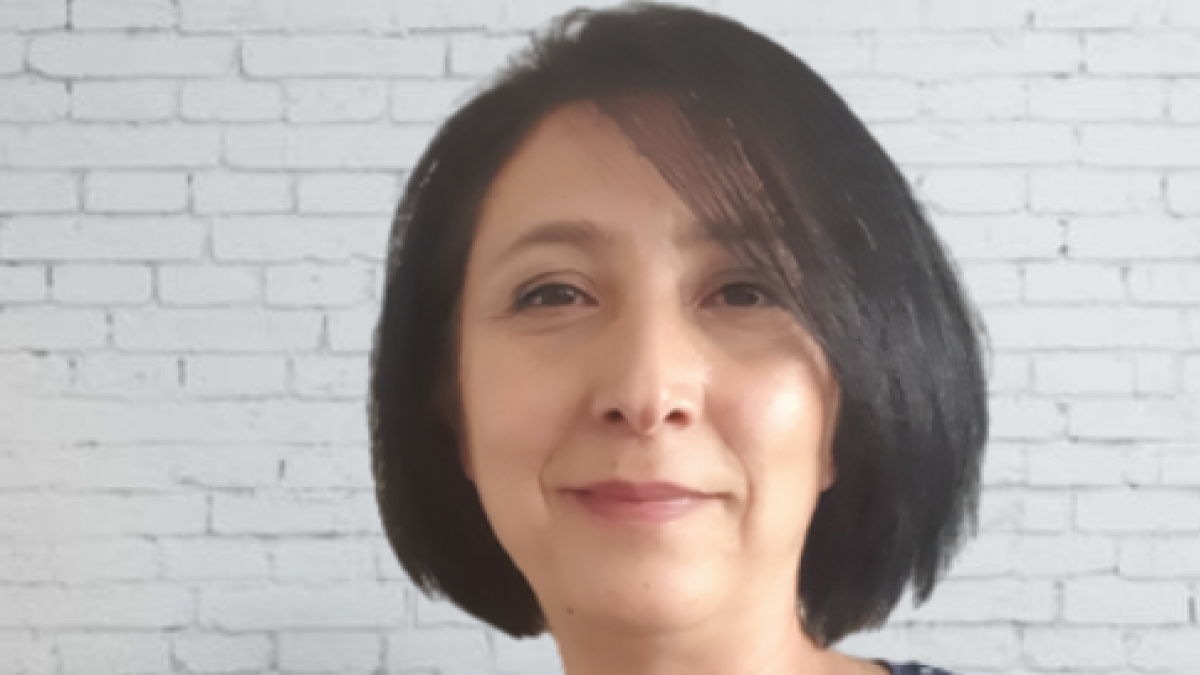 Learning never stops - from nursing to learning web3 with NEAR: Yeliz İşler's story 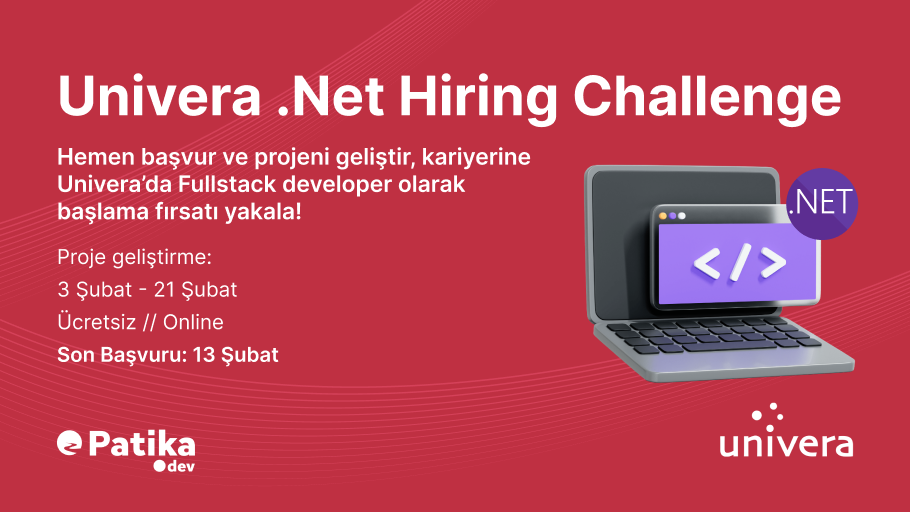 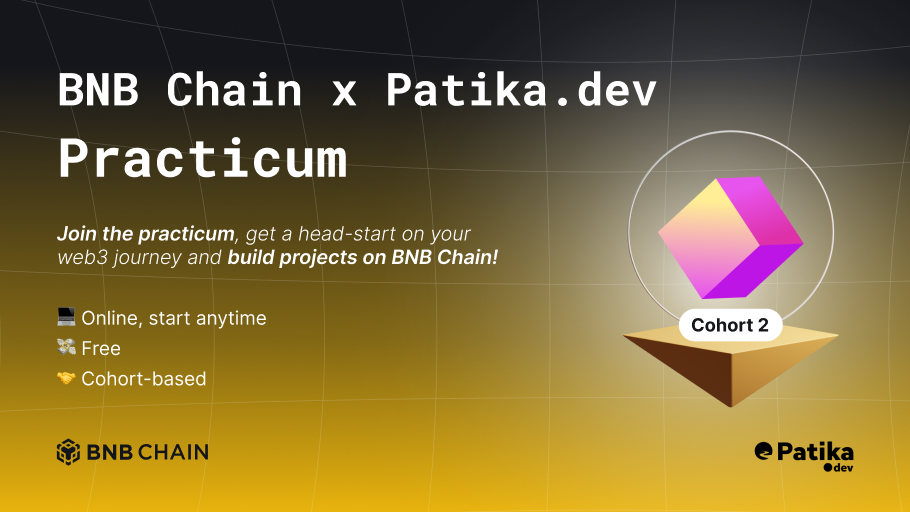 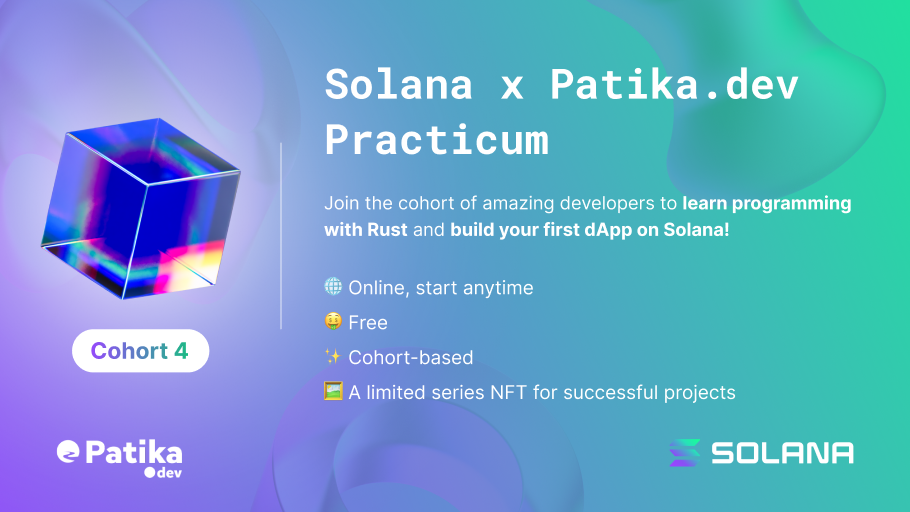 Our partner companies open their own bootcamps with Patika to train new talent and directly hire from the bootcamps. Students never pay anything! Thousands of new developers launched their career in top companies thanks to this model.